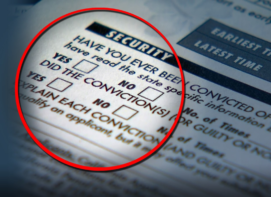 Executive Director Beth Hines submitted written testimony to the CT Joint Committee on Labor and Public Employees in favor of HB 5248, “An Act Concerning Collateral Consequences of Criminal Convictions on Occupational Licensing”, which prohibits employers from discriminating against job candidates if they have a criminal record in their history.

My name is Elizabeth Hines, and I am the Executive Director for Community Partners in Action (CPA), an agency that has operated continuously in Connecticut for over 146 years. CPA provides a myriad of services to people involved in CT’s juvenile and criminal justice systems and we strongly support justice reform and evidence-based practices in such systems.

CPA is a longtime partner with the CT Department of Correction (DOC) and Court Support Services Division (CSSD) of the CT Judicial Branch. We operate a DOC Work Release Program in Hartford, CSSD Transitional Housing in Hartford and Waterbury, and CSSD Alternative in the Community Programs in Hartford, Manchester and Waterbury. In addition, CPA operates the Resettlement Program and Prison Arts Program and is the lead agency for the Hartford and Waterbury Reentry Welcome Centers, which opened their doors in September 2018 and December 2021 respectively.

Collateral Consequences of a Criminal Record

Our staff are on the front line of reentry and have observed the significant collateral consequences people with a criminal record face making it difficult to reintegrate into society and to support themselves and their families. Examples include exclusion from certain professional licenses, ineligibility for public housing and disqualification from childcare and other public assistance programs. Because Black and Latinx people are disproportionately incarcerated, they are similarly disproportionately rejected by employers when they return to their communities.

Community Partners in Action strongly endorses H.B. No. 5248 because discrimination based on a criminal record disproportionately harms Black and Latinx people due to racism in the criminal justice system.

ALL employers should be prohibited from blanket bans on employing people with criminal records. Establishing a Council to review and eliminate collateral consequences that exist within our state’s occupational licensing is long overdue.

Connecticut voters yield strong support for reducing collateral consequences. 74% of voters support the passage of a law prohibiting people who were formally incarcerated from being discriminated against due to their criminal record when it comes to employment. And 82% agree that people who have been convicted of a crime can turn their lives around and become productive members of their community. At CPA, we believe this wholeheartedly.

Five states in the nation have adopted provisions related to discrimination based on records of arrest or conviction in their fair employment law. Let’s make Connecticut the sixth!