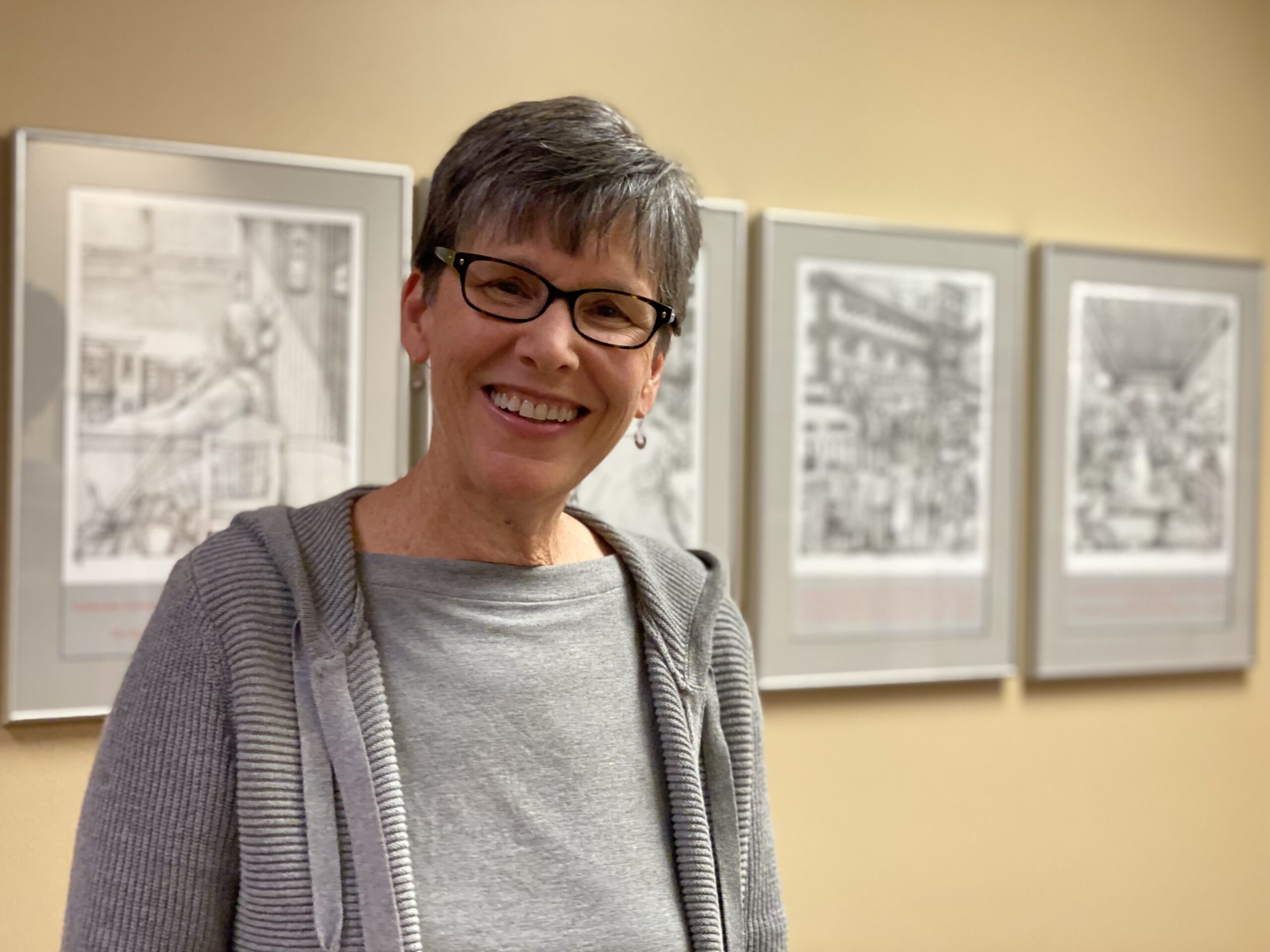 Anne Stanback joined the Community Partners in Action (CPA) board six years ago after a 30-year career leading nonprofit organizations focused on LGBTQ equality and women’s rights. Her interest was to put her nonprofit leadership and advocacy experience to work for issues of racial justice. CPA reflects upon her many contributions as she passes the reins of Board Chair over to Michael Kearney, VP and CIO Claims, The Hartford.

After reading Michelle Alexander’s The New Jim Crow: Mass Incarceration in the Age of Colorblindness and hearing her speak at the 2013 Harriet Beecher Stowe Prize recognition event, Anne wanted to know more about criminal justice reform.

Anne joined the CPA board in 2016 and soon began influencing her wider network. This included helping Gordon S. Bates who she knew through his ministerial work, publicize his 2017 book, The Connecticut Prison Association and the Search for Reformatory Justice. It showed the evolution of Connecticut’s criminal justice system and how the two faces of justice—rehabilitation and retribution—did not evolve in a linear fashion. Rather it shifted back and forth as times and politics and politicians changed. Like so many other states, Connecticut was “all in” with the retribution model that led to the mass incarceration crisis.

She started a criminal justice task force at Immanuel Congregational Church to get more people of faith engaged in this advocacy work. Also, she was part of the search committee that promoted Beth Hines to Executive Director, who Anne credits for the wonderful staff and stewardship of this long-established nonprofit.

“The fact that Beth and I came into our leadership roles at exactly the same time was a wonderful stroke of luck.” Said Anne. Beth’s decades of experience with the organization afforded Anne a chance to learn so much about CPA’s programs and clients. As Beth stepped into her brand-new executive director role, Anne reciprocated by guiding her in areas such as development and advocacy as well as board work, bolstering Beth’s ability to lead Community Partners in Action.

A year later in 2019, Anne’s congregation became a member of the Greater Hartford Interfaith Action Alliance (GHIAA) and the criminal justice work expanded to push through the Clean Slate legislation, which becomes law on January 1, 2023. Clean Slate is a bipartisan policy that aims to expand eligibility for certain arrests and convictions clearance if a person stays crime-free for a period of time.

In addition to revising bylaws (never fun but always important) and adding a Governance and Nominations committee, CPA now has a more organized way to identify and recruit a diverse group of new board members. The Belonging, Diversity Equity and Inclusion committee work that the staff and board have engaged in over the last two years has given CPA opportunities to open new conversations with employees and put clear stakes in the ground to establish advocacy direction for its participants. the majority of whom are people of color.

As Anne reflects, “There is still so much that needs to change, but if you look at legislative and policy changes that have happened in the last decade, there are encouraging signs of progress.” Adding, “Like free phone calls which people in Connecticut can now make from jail that might not have been possible before that legislation went into effect in October 2022.”

Engaging clients in sharing their stories, identifying potential legislative and policy needs directly from the people Community Partners in Action works with who have been and are still impacted by the system is the path forward.