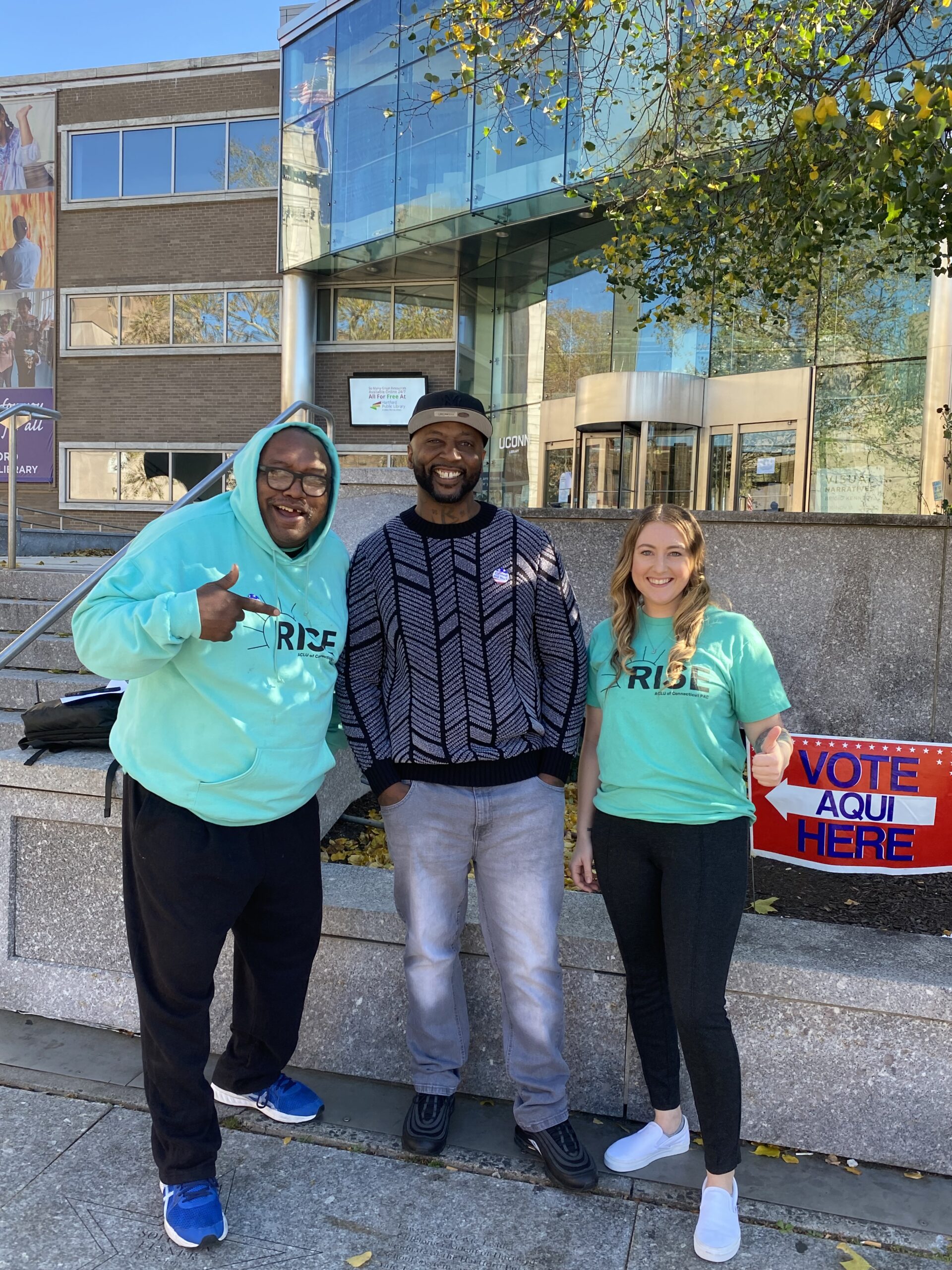 Dennis Dove walked into the Hartford Public Library on November 8, 2022, ready to exercise his newfound right to vote. He was accompanied by Anderson Curtis of the American Civil Liberties Union of Connecticut (ACLU) and Jenna Arcari, Case Manager, Community Partners in Action, a nonprofit organization that helps people transition from life in the criminal justice system to life in the community.

Dennis is a first-time voter currently finishing his sentence while staying in a supervised residential program on Washington Street in Hartford, operated by Community Partners in Action. He grew up in Queens, New York and started selling drugs as a teen. He came to Connecticut for that same reason and just completed a prison sentence with parole beginning on June 10, 2022. Dennis is currently working at an auto parts warehouse in the Hartford area and credits the staff at Community Partners in Action for their patience and support in helping him move forward.

“When you grow up in an urban environment you don’t always feel like you have a voice,” said Dennis. “Voting is putting me back on the right path.”

Community Partners in Action (CPA) advocates for its participants and assists them with returning to a meaningful and successful life in the community. Black and Brown people are disproportionately affected by barriers to voting, and CPA views this as a racial justice issue.

Voting helps returning citizens to feel a sense of belonging and connection to their communities and with their families. This was a motivating factor for Dennis who has two grown daughters and a young son who looked to him as a role model.

ACLU’s Anderson Curtis works to mobilize people to act for civil rights and liberties. He spent more than twenty years in the criminal justice system and now advocates for people like Dennis Dove and those who face barriers with access to basic needs and citizen rights.

“After I was released, I had to make a new life for myself,” said Anderson. Once I freed myself, I then turned my attention to helping others like me who want to change and live with hope and dignity.”

Dennis sees himself staying in Connecticut once he has completed parole and his long-term plan includes owning his own business one day.

Community Partners in Action is proud to stand with Dennis and work alongside partners like the ACLU in furthering working towards a more just Connecticut.