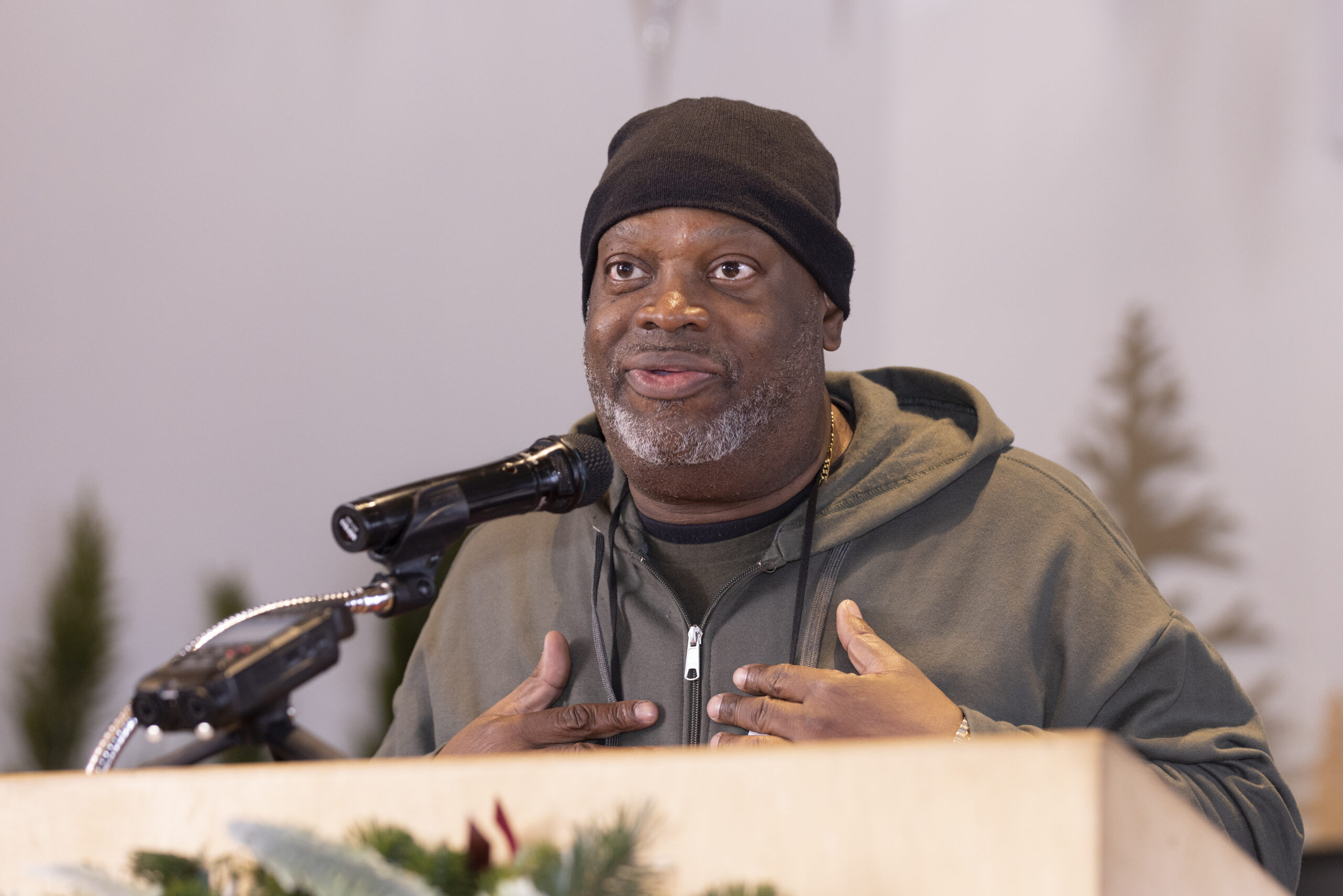 Mack Young watched as the gate of Cheshire Correctional facility closed behind him and he climbed into the car that would take him to his temporary home at Cheney Halfway House in Hartford. Observing the world go by, the South End streets of his youth, the people and their latest fashions, a stark contrast from the early 90’s when he last experienced the outside world.

Mack spent more than a quarter of a century inside. During this time, he did not idle, far from it. After earning his GED, Mack learned a trade and joined an innovative program at Cheshire Correctional Institution, which prioritizes the rehabilitation of young adults aged 18 – 25 years. While in this program Mack coached young adults with shorter sentences, helping to keep them connected to their families and thinking about returning to their home communities.

“I saw generations of families coming into prison and I wanted to do something about it,” he said.

It was Mack’s support for these young men that earned him an adjustment to his sentence. In June 2022, his sentence was reduced and a month later he discharged from Cheshire.

To help him reacclimate into society and build interview skills, he began working with Mary Jane Laboy who works for Community Partners in Action as a Reentry Navigator at the Hartford Reentry Welcome Center. His first job was at Advanced Auto Parts. He quickly transitioned to Whitcraft, a manufacturer in Eastford, where he worked as a Flowline Technician for two months. Here CPA’s driver was essential in getting him back and forth to work each day. Mack currently works third shift in Environmental Services at Hartford Hospital where he cleans their facilities and operating rooms.

Later this month he will begin an 18-week training program as a Recovery Support Specialist at Hartford Hospital so he can help people struggling with substance abuse issues. He recently accepted a role with a harm reduction mobile van where he identifies and seeks help for people in the Hartford vicinity who are using drugs.

“Mack wants other people who are struggling with addiction to know they are not alone,” said Mary Jane Laboy. “He is motivated to assist people and his community.”

This work ethic and strong will to help others was the reason he was recognized at CPA’s Annual Meeting in December 2022 with the Gordon Bates Award. This award will provide him the laptop he needs to complete his certification with Hartford Hospital.

Beyond Cheney House, Mack plans to continue looking for his own apartment, saving for a car and assisting people still in prison and in the Hartford neighborhoods where he used to live.

“I stay in touch with several men who call me just to talk or get advice,” said Mack. “When they come home, I want them to know they have avenues, options, and somewhere to eat.”

Mack is also making up for lost time with his mom who visited and supported him throughout his incarceration.

“Every day I say to myself, this is a day to get it right.”