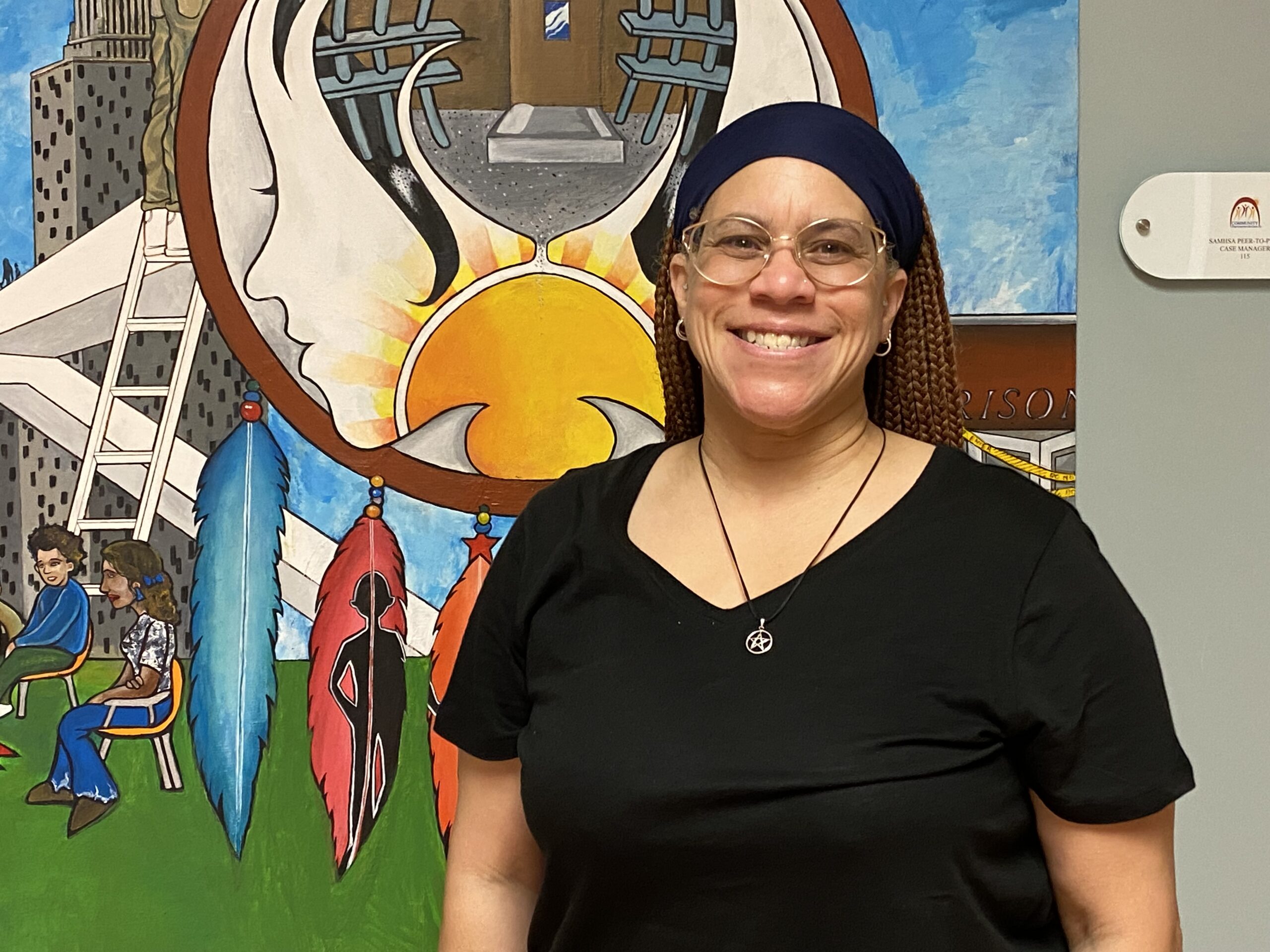 Pierlette Jones Rebuilds Her Life and Makes Amends for Her Past

Pierlette Jones is finally free after completing a 27-year sentence at York Correctional Facility in Niantic. When she was discharged in early March 2021, she had to learn a whole new way of living, reorienting herself to modern-day life.

“I had to learn how to navigate modern technology, including my iPhone and laptop,” said Pierlette. “Gone were the big box computers I left behind when my long-term sentence began.”

Upon her release she stayed in a halfway house located in Bloomfield. After three months she had the opportunity to move to Mart’s House in Manchester, a well-cared for 19th century colonial for women like Jones who need an affordable, safe haven from which to start life over.

Mart’s House is a transitional home operated by Community Partners in Action. It is cared for by a long-time resident and CPA participant who treats the house like it’s her own, keeping it in pristine condition for the other women who stay there. She does everything possible to make the home a warm and welcoming place for everyone.

Pierlette knew upon her release that having a job was an absolute must, so she began as a front desk clerk at a hotel in Manchester. Then she took a third-shift job at a salvage and reclamation center, but the irregular hours adversely impacted her health and diabetes. After her doctor recommended a more regular routine Jones now works first shift as a shipping clerk for World Class Distribution.

Amy Arroyo is Pierlette’s case manager at Community Partners in Action, providing her with ongoing practical and emotional support every step of the way. Pierlette has built up her credit rating, enabling her to get a credit card for the first time in her life. She was also able to save up for the down payment on a 2013 Gold Chevy Cruze, which provides reliable transportation to and from work.

The current routine of Pierlette’s life is a complete contrast to the way she spent her days at York Correctional, with its daily regimen and rules. Pierlette did her best to use her time well at York, where she took full advantage of the educational and recreational programs afforded there, including CPA’s Prison Arts Program, a forty-four-year-old initiative that is a life preserver for people to connect to their creativity. She participated in prison arts at York for about 14 years, and her work was featured in every Annual Show from 2007 until 2019.

“Besides books, it was one of the only escapes I had at the time,” Pierlette recalls. “I put every feeling I had into that artwork – the pain, joy, sorrow, anger and regret – all of it went into the art.” Jeff Greene, CPA’s Prison Arts Program Manager taught the art class and Jones recalls him giving her plenty of space to create.

“Pierlette was always a strong, dedicated, and opinionated member of our workshop at York,” said Jeff. Her artwork is unique, powerful and personal, and she spares no time or effort in realizing her vision.”

Her daughter Cietarya was another lifeline. Prior to the 2021 legislative session when a bill passed allowing free phone calls from Connecticut’s prisons, her daughter put money on a phone card for Pierlette. That and a few in person visits helped to sustain her.

She also took several courses through Three Rivers Community College, getting close to completing her Associates degree, a goal she plans to achieve soon. Education for Pierlette is the ticket she needs to achieve a better life, which includes buying her first home.

As her life moves forward in a positive trajectory, it’s not without deep regret. Her long-term sentence allowed plenty of time for reflection on her actions and the things she could have done differently. Speaking about the victim, “I’ll always regret my part in being where I was, and he will always be remembered by me. I wish I could tell him how sorry I am for what happened.”

Still, Pierlette focuses on living a good life after paying her dues for her one and only long-term prison sentence. She has her work, four adult children, and five grandchildren.  She is a changed person and everything she does is her way of making up for her past.

“Every time I do something kind, every good choice I make, is an amends to him.”