A Tribute to Gordon Bates 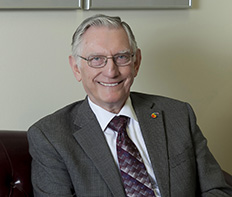 We are deeply saddened to share that Rev. Gordon S. Bates, Executive Director Emeritus and the historian for Community Partners in Action (CPA), passed away on January 22, 2022. He was 87 years old. We send our sincere condolences to his wife Wanda and family. Gordon maintained a close relationship with CPA over the years and truly will be missed.

“Gordon was our beacon, and his memory will encourage us to continue to preserve the legacy of CPA,” said Beth Hines, CPA Executive Director.

“I will always cherish our time together – especially our last time when we talked for hours about the agency. He was so excited to hear how CPA was doing and how we continue to persevere no matter the circumstances.”

Then called the Connecticut Prison Association, Gordon began his relationship with CPA in 1964 when he became a volunteer in our Volunteer Sponsor Program. Five years later, Gordon was hired as the program’s Director and led the program until he was named CPA Executive Director in 1980.

Under Gordon’s leadership, CPA rose to the challenge of combating the damaging shift to mass incarceration in Connecticut and its debilitating impact on people in prison and those recently released. The Volunteer Sponsor Program, Legal Aid to Prisoners, AIDS Support Program and Time Out for You Program were just a few of the many innovative services that flourished during his time as Executive Director. Today, we continue to operate several programs from Gordon’s era, including the Prison Arts Program, Alternative in the Community Programs (then Alternative to Incarceration), Transitional Housing, Work Release Program, and the Resettlement Program.

Before retiring in 1997, Gordon was the force behind changing our organization’s name for the past 100 years to Community Partners in Action. He believed it was time for a new name that covered a larger purpose and stressed the work we were already doing in the community.

“The key measure of a leader is doing the right thing when no one is watching. Gordon practiced this philosophy during his leadership at Community Partners in Action. He set a framework and standard for the organization,” said The Hon. Maureen Price-Boreland, former CPA Executive Director from 1997 to 2018.

“He was a mentor and a dear friend who supported me in several transformative periods in my life. He was a man of strong faith, unwavering principles, an advocate for those without a ‘voice,’ had a wonderful sense of humor, humility, authenticity, and was kind and compassionate. Qualities of an evolved soul that creates wealth beyond material acquisitions.”

After his retirement, CPA established the Gordon Bates Scholarship Program in 1997 in his honor. The award is used for tuition, books, or supplies for a CPA participant enrolled in college or career training.

In 2017, Gordon wrote the history of CPA, titled “The Connecticut Prison Association and the Search for Reformatory Justice,” published by Wesleyan University Press. He also wrote a coffee table version of the book called “Consistency, Creativity, and Commitment: The Story of Community Partners in Action-1875-2015”.

Arrangements for Gordon are being handled by Glastonbury Funeral Home. However, due to the current public health situation, a celebration of Gordon’s life will be held at a later date when it is safe to gather. His family asks that donations in Gordon’s memory be made to the Gordon S. Bates Scholarship Fund, Community Partners in Action, 110 Bartholomew Avenue, Suite 3010, Hartford, CT 06106. Donors making a gift of $150 or more can request a copy of Gordon’s pictorial book, “Consistency, Creativity, and Commitment: The Story of Community Partners in Action-1875-2015”. You can request the book on the donation page in the comments box.