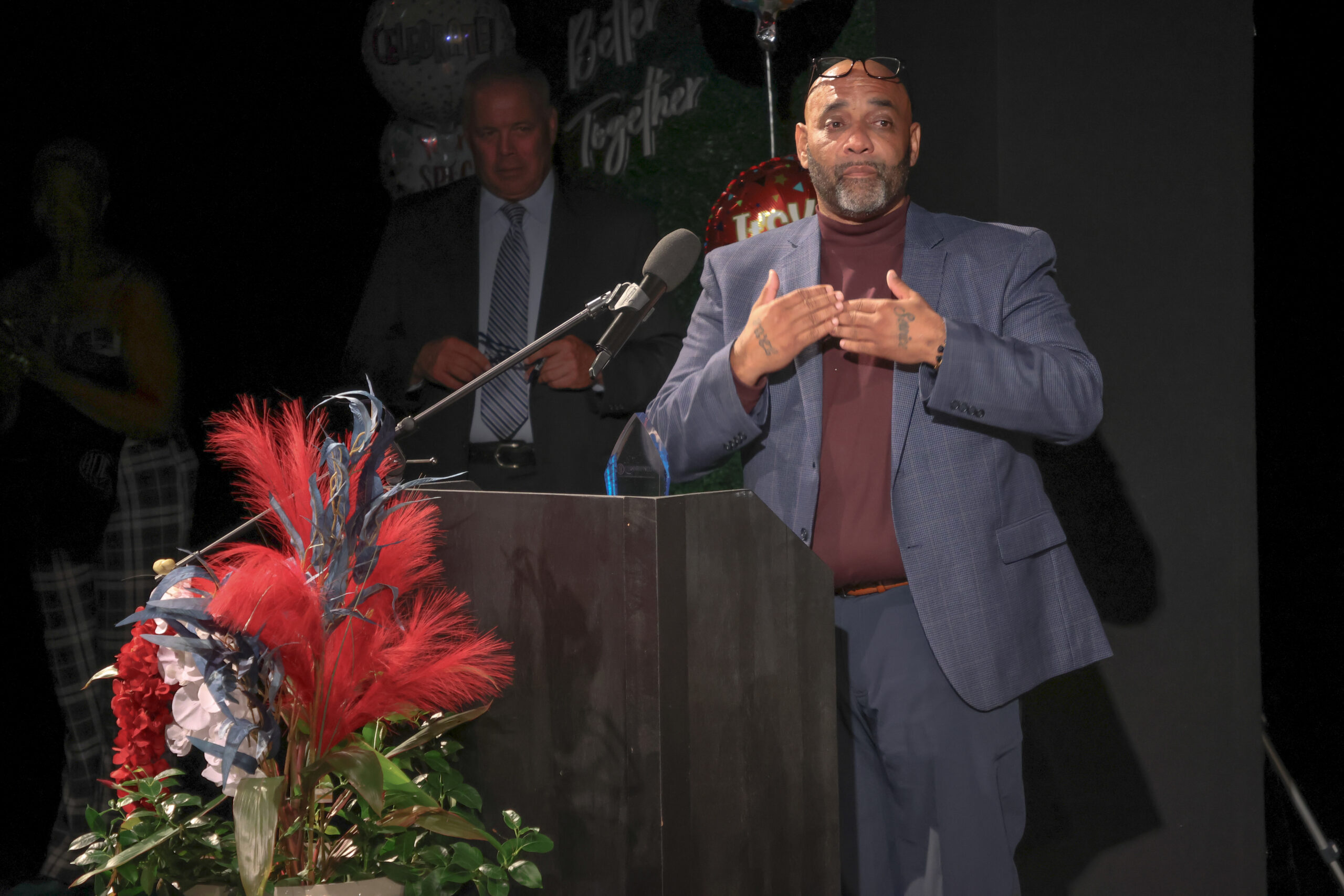 A Night to Honor Those Who Journey Toward Redemption

The air was practically jubilant at TheaterWorks Hartford on the evening of September 11, 2022 as friends, families and distinguished guests gathered to honor a small group of formerly incarcerated individuals who have made meaningful contributions to Connecticut communities.

Led by Charlie Grady, founder of Hangtime, the evening was a celebration for the 2022 Hall of Change recipients with recognition for their choices that turned their lives around. Hartford Mayor Luke Bronin reinforced the importance of providing the right resources and support for those returning citizens who want to rebuild their lives. Connecticut is a leader in reentry with several other states looking to replicate its model.

Gordon was released from prison in 2004 before reentry centers were introduced in Connecticut and he has made it his mission to help those like him find a path to stability and better days. Gordon struggled mightily when he was released and returned back to the familiar drug scene before deciding to clean up his act in 2008. This included becoming a Drug and Alcohol Recovery Counselor (DARC) through Naugatuck Valley Community College in Waterbury. He credits his recovery to the unwavering support of his sponsor as well as CPA’s Executive Director Beth Hines who saw something in Gordon which earned him the role of Program Manager at CPA’s Waterbury Reentry Welcome Center.

“As someone who had to claw myself out from rock bottom, I now live my life in a perpetual pinch me moment,” said Gordon. This was especially the case on July 18, 2022, when Gordon received a full and absolute pardon from the State of Connecticut and a chance to live with a clean slate.

Roland Whitley’s background also included drugs, in addition to guns, and he was incarcerated a total of three times with the longest period being seven years. He turned things around for himself through coaching youth sports and Hang Time, Charlie Grady’s signature program serves as a social service navigation program and offers a no-judgment safe space for a diverse group of community members to come together, converse and share a meal at locations around the state.

Sue Gunderman who will join Community Partners in Action later in September as Program Operations Director for Reentry Services spoke on behalf of Career Resources Inc. who couldn’t attend. Speaking about the personal choice all individuals have despite their circumstances, “You can choose to be effected by the world or choose to effect the world.”

Learn more about the Connecticut Hall of Change.

Hang Time serves as a social service navigation program providing ongoing support to the reentry population and those in need of assistance within Connecticut communities. Her Time is exclusively for women and CHOICES is a teen mentoring program focused on high school athletes.